(Pride) In The Name of Love 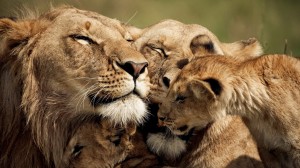 Once again Dallas, TX has officially proclaimed the month of June to be Pride Month.  This is in response to a request brought forth by the LGBT task force, commemorating the Stonewall Riots, one of the first major public battles toward equality for homosexual US citizens.  In many ways the homosexual community is still treated like second class citizens, though they have gained a lot of headway in the decades which have passed since this historic event.  All politics aside, this got me thinking about what I’m proud of.  The list has changed over the years, but a few key aspects of life have informed both my identity, and are the anchors of my pride.

A primary factor in my life is my faith.  I am a committed Christian, and I’m proud of my faith, and the heritage and direction it gives to my life.  In recent years I feel like many have tried to make me feel guilty about such a traditional view, but let’s take a moment to clear the air.  I don’t think that every Muslim is out to kill.  The adherents to Islam I have met are intelligent people who never appear to be on the edge of murder.  I don’t feel religious people have the right to ridicule homosexuals.  It’s not our place to make anyone else feel like less of a human, or to cast scorn, hatred, or derision upon anyone, for any reason, sexual orientation included.  I don’t disregard science due to blind adherence to the Bible.  Actually, I think the two can go hand in hand.  No, I don’t think the world is only 6,000 years old, and my children have been vaccinated.  My best friend of over 20 years is an atheist – I will never exclude you for thinking differently than I do.  Christianity has received a lot of bad press in recent years, but I know that it has taken me from an immature man child with no goals to a successful man with a great career, good friends and a wonderful family.

And on that note, I’m proud of my family.  I have a beautiful, intelligent, creative wife who is a constant source of wonder and amazement.  Seriously, she has ideas that would never cross my mind, and often fills in the gaps in my own thought process.  We have two beautiful little girls, and a son with Asperger’s Syndrome.  We are not a perfect family.  We disagree, and sometimes mom and dad are too tired or stressed after a day of dealing with the black and white world view of an individual with an autism spectrum disorder.  If you’ve ever seen the television show “Parenthood” take note of character Max Braverman.  I assure you it’s a very accurate depiction of the stresses that come with a child on the autism spectrum.  This year has seen our aspie son, the oldest of our three, make huge strides toward maturity, while our youngest, a girl of four with a wit sharper than many adults, enter preschool.  While we are flawed in many ways, I am proud to be the father and husband to a loving, challenging family.

I am proud of my heritage.  I have already mentioned the Christian heritage that grounds my faith, but in a way many of us can relate to I am proud of my country.  The USA has made its share of mistakes, and while I often disagree with those in power, I like the fact that we can all be equal.  Christian and atheist, gay and straight, no matter your outlook, spirituality, race, creed or disability (and we all have disabilities to one extent or another), we are allowed to live as we see fit, barring that we injure no other.  That’s awesome.  Yes, I know many are looked down on for various reasons, but when I see countries in the Middle East stoning homosexuals and publicly shaming, or even murdering, people who oppose the predominant faith, I’m glad that people of dissimilar views are allowed to live, more than this – expected to live, unmolested in my country.

To go even deeper, I recently introduced my children to our racial heritage by visiting a local museum dedicated to the Native Americans that originally populated our area.  I am but a few generations removed from those who lived on the reservation.  It was difficult to explain to my children that we have a rich heritage that does not require wearing animal skins, donning feathers and dancing around a fire.  Native Americans have left an indelible mark on this nation, and are present in every industry and walk of life in the US.  While my family may not practice the traditions of our forebears, it’s important to know where we come from, and to know take pride in how far we have come, as a society, as a racial group, and as individuals.

Whether you agree with Dallas or not, we all have something we’re proud of.  I don’t know what it’s like to be discriminated against because of my sexuality, but I do know how it feels to be an outcast in other areas of life.  How it feels to be the only Christian in the room when others are discussing macroevolution – scorned for my views, but still proud of my faith.  How it feels to be the father of the kid with Asperger’s who is in tears because he doesn’t fit it with the other kids, yet still feeling pride in his small steps that other kids his age are leaps beyond.  To be proud of my heritage when all others think of are the clichés seen on television and movie screens, which are often miles removed from the truth.  This June I will celebrate Pride Month by taking stock of the things I am proud of, and remembering that I don’t have the right to tear down another for theirs.  By living this way I hope to rise above the static around me to find hope, respect and fellowship, even with those whose views I may not fully understand.

Hail To The King, Baby: The Most Underrated B Movies You’ve Never Seen With Love, Jedidiah; or What I Learned On My Trip To the Library