Guest Post: How I Paid $37 For My iPhone 5s (Without Selling Out My Friends) |Jeremy Edmonds 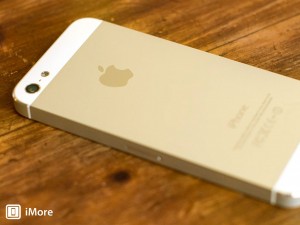 This is a guest post from  Jeremy Edmonds, who is one of our Manlihood.com friends!
At Manlihood.com, we love gadgets and tech, and we love being thrifty! (After all, it’s one of the boy scout laws, right)
Anyway, Jeremy, explains how he got his iPhone REALLY cheap!

Step right up!  Learn the secrets… the mysteries…. the mystique of…. smart money management?  But seriously, I’m not here to hype you up or tell you how if you share this on Facebook and get 5,000 likes that you will win a free iPhone.  This is my true story of how with a little bit of knowledge, planning, and cunning I paid $37 for my iPhone 5s.  Yes, you read that right, do not adjust your internet browser.  $37.  Here, in short order, are 7 steps you can follow to see similar results.

*results may vary because well it’s up to you!

First things first, get educated!  Now listen, I’m not saying to go buy a pocket protecter, move into your mom’s basement, and learn about the special screwdrivers used to get an iPhone open.  Geek certification not required.

Apple has become sadly very predictable because, well the press like it and so do customers.  Every year since the inception of the iPhone Apple has released a new model.  Until 2011 it was always in the summer (mostly June), and since then it’s always been in the fall (mostly September).

Simple logic dictates that in Late July or early August you better start paying attention.  The best way to do that is to tune into Gizmodo.  There are a lot of rumors that float around about the next thing concerning the iPhone and they do the best job of discerning the fallacious from the fo’ real and reporting on each with level headed perspective and insight.

As the date of release approaches pay attention to the signs like leaked photos and inventory issues for current models.  When you are getting about a month out or less it’s time to start Step 2 (if applicable).

Not eligible for upgrade?  Time to kiss your carrier’s butt.  If you have any chance of getting that shiny new brick that lights up when it comes out and not paying $600+ for it you need to be eligible to upgrade.  Work your magic.  You’ll be surprised what you can accomplish, especially if you have a been a customer for several years.  A friend of mine miraculously got her upgrade status moved up a whole year, and my parents had their upgrade dates moved from January and March 2014 to September 2013 just mere days after the 5s and 5c release.

Unable to get them to comply or too far off to have any hope?  Hang in there, there’s always next fall.  Do whatever you can to find consistency.  Even if that means going month to month for a while after your contract runs out until the next iPhone release.  This will lock you into a sweet spot for upgrades.

Usually 2 weeks before the special press keynote Apple will send out invites confirming the date.  You’ll know this of course by following Step 1 and at that moment you’ll need to execute Step 3…

So you’re eligible for upgrade and it’s almost time for the new release?  It’s time to lock down the value of your current phone (iPhone or not).  iPhones have the highest resale value of all smart phones on the market so they give you a great edge but you can get some good coin for others too.  Either way it’s going to help you out.

Go to Gazelle.com and get a quote.  Once you get that quote it’s locked in and you have 30 days to ship it.  The past two years Gazelle has actually extended this period for iPhones exclusively up to two additional weeks.  Whatever phone you’re sending in they’ll send you a prepaid shipping label and even a box to put it in.  I’ve successfully down this twice in a row.

So clean that sucker up with some iClean and a microfiber cloth after you’ve got the new one in your hands, and of course don’t forget to wipe your data clean too and restore it to default settings using the tips Gazelle gives you.

You’ve locked in your Gazelle quote, and now you know when the iPhone preorder will be as the announcement keynote has just finished.  It’s a good thing too because now that the new ones have been announced the old models have now plummeted in value.  That 30 day lock in is sweet.

iPhone announcements are usually on Tuesdays and usually go on preorder the Friday after at midnight… Pacific time… which is 3am Eastern.  Maybe you already decided before the announcement that you’re going to live on locusts and honey and camp out at your local Apple store for a week or two.  Congrats, you are certifiable.

Why?  Because you can preorder it from the comfort of your home right on Apple’s website.  Sure you may need to stay up late (lucky Californians) or you may need to set an alarm and get up at 2:45am (curses here on the East Coast) to be ready for the 3am shuffle, but it’s a very small price to pay.  Stock goes fast and you could be waiting 2 more weeks or months to get the iPhone if you miss it.  This would throw off the whole cycle we set up in Step 2.

It only took me 10 minutes to order mine this year.  So suck it up!

So you preordered and now it’s arrived.  After backing up your old phone, restoring the new one from the backup, and sending the old one in to Gazelle you are now the owner of a lovely new very breakable iPhone.  You need to protect that puppy if you want to retain its value.

Enter Otterbox.  They have some of the best cases on the market.  I owned my 4S for two years and dropped it somewhere around a couple hundred times.  It never got scratched, dinged or broken.  Even if you drop it in water they’ve got that covered too.

Otterbox has stupendous customer service (even Dave Ramsey likes them) and their warranty is awesome so even if it breaks you can follow their simple steps to get a quick replacement, even for the included screen protector!

Discipline pays off.  The tortoise always wins the race.  Sound familiar?  Listen, you can buy a new iPhone every year but it’s not worth it.  You may have heard of AT&T Next, Verizon Edge and those other guys’ similar programs.  But guess what?  It doesn’t pay.  Stick with your phone for the full contract.  Maybe these programs will be better down the road, but right now they are a gimmick.

You’ve done it!  It’s almost two years later and you are ramping up again for the next model.  This is the time when you will reap the full fruits of your labor and it’s at this point both times that I paid so little for my new iPhones.  Start at Step 1, continue through the steps, and reap the rewards of this saving cycle.  Congratulations!

Who is Jeremy?
• Entrepreneur with 3 years of professional coaching experience.
• Owner of Strength In Numbers:Financial Coaching www.strengthinnumberscoaching.com
• Helps coach individuals and couples from all backgrounds and financial situations.
• Member of Counselor Connections, an elite global mastermind group for financial coaches
•  Member of My Money Wellness (www.mymoneywellness.com), an elite group of coaches serving communities and businesses
• Dave Ramsey approved locally referred coach for western CT
Jeremy’s Background:
    Like many young married couples, Jeremy and his wife believed they were skilled in handling their personal finances.  After 2 years of marriage, they realized their consumer debt had accumulated and too much each month was being sent out the door just to cover the minimum payments.  Not happy with their situation, they started to be intentional with money and were able to eliminate all of their consumer debt in under a year.  This newfound peace in finances affected all areas of their life and is what ignited Jeremy’s passion to help others begin their own journey to finding the peace of mind that comes with taking control of your money and living with a plan for the future.
In 2011, he launched his independent coaching business, Strength In Numbers, and has since partnered with hundreds of individuals to help them dump debt and build wealth.  He continues today with new vision and mission to reach as many people possible with life changing education and a hope for a better future.

Unlocking the Science of Habits: How to Hack the Habit Loop & Become the Man You Want to Be Don’t be a Pansy – More then a Moustache Part 7 |Josh Hatcher

Why Personal Development for Men is More Important Than Ever