Every Monday At Manlihood.com – we celebrate men of courage, valor, creativity, innovation, and honor. We celebrate men who have accomplished great things, that have set good examples, and then have made the world a better place. This is #mancrushmonday 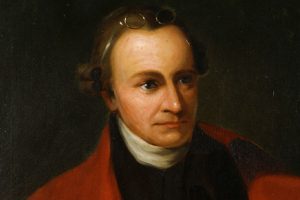 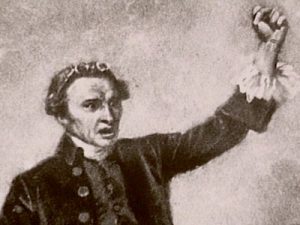 We all know Patrick Henry’s most famous quote:
“Give me Liberty or give me death!”

But there’s much more to this American hero, and this week’s Manlihood.com #ManCrushMonday selection.

Virginia lawyer and politician Patrick Henry (1736-1799) was one of the leading figures of the American Revolutionary period. An outspoken opponent of the Stamp and Townshend Acts levied by England, he stirred the seeds of discord with his famous Give Me Liberty Or Give Me Death speech to the Virginia Assembly in 1775. Henry served a crucial role in the overthrow of the royally appointed Virginia leadership and was elected governor multiple times. Although he opposed the formation of the U.S. Constitution as a threat to the liberties of the people and the rights of the states, his criticisms helped bring about the amendments that became the bill of rights.

Are we at last brought to such humiliating and debasing degradation, that we cannot be trusted with arms for our defense?

When the American spirit was in its youth, the language of America was different: Liberty, sir, was the primary object.

The great object is that every man be armed.

The liberties of a people never were, nor ever will be, secure, when the transactions of their rulers may be concealed from them.

For my part, whatever anguish of spirit it may cost, I am willing to know the whole truth; to know the worst and provide for it.

This is all the inheritance I give to my dear family. The religion of Christ will give them one which will make them rich indeed.

Guard with jealous attention the public liberty. Suspect everyone who approaches that jewel. Unfortunately, nothing will preserve it but downright force. Whenever you give up that force, you are inevitably ruined.

The distinctions between Virginians, Pennsylvanians, New Yorkers, and New Englanders are no more. I am not a Virginian but an American.

We are not weak if we make a proper use of those means which the God of Nature has placed in our power… the battle, sir, is not to the strong alone it is to the vigilant, the active, the brave.

Fear is the passion of slaves.

Is life so dear or peace so sweet as to be purchased at the price of chains and slavery? Forbid it, Almighty God! I know not what course others may take, but as for me, give me liberty, or give me death!

International Podcast Day: Celebrating with our podcast for men