How to Get a Good Woman: The Art of Courtship (Part 4)

Looking for the woman you want to spend the rest of your life with? Tired of being alone? Obviously, I can’t guarantee or promise anything… but I can tell you what mindsets you need to adjust in order to find a good woman. 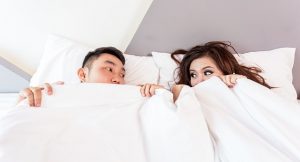 I’ve already admitted that I’m a bit old-fashioned. And I don’t think that’s a bad thing. I’m not judging anyone for living life to standards that are different than my own. I’m not demanding that everyone follow the same moral laws as myself. I shouldn’t have to make these disclaimers, but there are many men and women out there that for some reason are offended by virtue, chastity, and traditional values.  To them, my assertions that we should hold on to some of the old ways, rather than throw them out and mate like bonobos are oppressive. To this I say, grow up! It’s okay to have your opinion on sexual and romantic mores, and it’s okay for me to have mine. I have settled on mine based on my faith, and they have been reinforced by my observations in my own relationships, and in others. If in the end, you think I’m wrong, and want to view these things your way, you have the freedom to do so. And I have the same freedom to see things my way. I do hope you at least give my perspective some thought.

I’m going to share my whole thoughts on “courtship” from childhood on through, because I think the whole picture helps to set the stage for healthy adult relationships.


Growing up in the 1980s, we had a constant pressure from the culture around us to “date.” Even as young as kindergarten, the kids in my class were talking about boyfriends and girlfriends and crushes. I remember yearning for the little girl who say next to me to be my girlfriend. To be honest, it was quite a distraction to my schooling. I spend the next thirteen years writing love poetry and “do you like me” notes. While I always wanted a steady girlfriend, I really didn’t have one until my senior year. And then I had a couple of girlfriends. ( at different times.)

Looking back on things, I wish I had the perspective that I have developed now, on the other side.

Younger kids shouldn’t be worried about this stuff. Elementary and middle school is too young to be wasting emotional strength on the ups and downs of romance. Kids will have crushes, but they should be taught to keep their emotions in check, and to develop friendships.

Older kids should be able to “date.” I use the word date hear differently than I used it earlier.
I don’t think that they should “go steady” until they are adults. If a young girl wants to go to the movies with one boy one weekend, and to dinner with another boy the next – I think this should be not only socially acceptable, but encouraged.

I think that until you’re old enough to actually get married and make life-long commitments (and that age is adulthood, by the way) then they shouldn’t be living in a committed relationship.

So many young “ boyfriends and girlfriends” have built up this committed relationship, and invested their hearts, and sometimes even their sexuality into this relationship that really isn’t strong enough to survive. It’s appropriate to keep childhood romance limited, and uncommitted. Those commitments can be “practiced” as adults.

For the record, I also think parents should be closely involved and in the know with who and how kids are dating. I think sex should not be recreational for kids, and parents shouldn’t condone it, and should do their part to keep their kids from it.


As adults, I think we should start from that place of friendship and uncommitted dating.
There’s no reason to get exclusive until that dating starts to lead to a more committed relationship.

Take the time to do things together as friends. Sure, there can be a little romance in it. But guard your heart, and keep your emotions in check.

When it’s time to commit, do so with respect for each other.
For lack of a better term, let’s use the word courtship.
This is where the relationship goes through its refining phase.

“Is she the kind of person I want to marry?”

This is the primary question of courtship. Your exclusive dating relationship is about getting to know your girlfriend to determine if you can make a permanent lifelong commitment to her.

My encouragement to you is this. Before you enter courtship – make a list. What are you looking for? What are the “non-negotiables” – the things you “must have” in a spouse? What things do you prefer, but are flexible about?

When Zoe and I were in this phase of our dating relationship, she had a list of questions. I swear there were a hundred of them. We would go to the Library, and instead of studying, we would ask each other these questions. As we went through them together, we got to know each other well, and it was clear early on and that we were compatible.  It’s also a great way to weed out that girl that isn’t right for you.

This is really the whole crux of courtship. Getting to know this person to make sure that you can stand to be with them for the rest of your life.  The first few weeks may be pretty easy, as there’s a lot of emotion and heartbeats flowing. But if you do it right- you’ll fight. You’ll find things you disagree on. Part of what makes it work is when you determine whether these moments are deal-breakers or not. If you find out she LOVES Justin Bieber music, and you can’t stand it – it might just be a dealbreaker. She will find out things about you that also may be dealbreakers.

That is part of the process.


It may take months, it may take years. Whatever it takes, just make sure that you don’t cloud it with hormones and emotions. Think clearly, and act clearly.

Again, I’m old-fashioned, so I think sex at this point is not appropriate. I think that should wait for marriage, and I think that not just because I’m a Christian, but because I think it makes sense to save that for your committed life partner.

Engagement is the next step after courtship. This is the part of your relationship where you are planning and preparing for a wedding. Don’t propose until you know that you want to marry her – because to propose marriage is a very serious commitment. You shouldn’t just walk away from an engagement because you found out she likes the Steelers and you like the Bills.  Engagements are serious business, and they should only be entered when you are actually ready to start planning the marriage. Timeframe depends on each relationship, but if you are trying to save sex for marriage, I recommend a short engagement. The longer you have to wait, the easier it is to fall into that pattern.

Marriage, once you’ve reached that point, is forever.
I could write entire books just on this topic, but I want to make very clear, that while I understand there are legitimate reasons for divorce – if you enter your marriage with that as a potential “out” – it’s a lot easier to choose to take the out.

Marriage isn’t for the faint of heart. I do believe any two idiots can make one work, if they both work… in fact, in parts of the world, people don’t even meet their spouse till their wedding day, and they stay married for the entire lives. So don’t tell me it’s possible.

If you want to make a marriage work, it’s important to understand not only is it meant to be forever, but it’s built on love. And love is not a feeling it’s a choice.

You choose to love her, even when you don’t feel it.

You don’t walk away just because you “fell out of love.”  I contend that rather, you choose to love, and you can make her fall back in love with you.

I know these thoughts may seem counter-cultural and controversial. I’m perfectly fine with that.
If you have read them, considered them, and still don’t agree with them – that’s fine. It doesn’t change my opinion that yours is a different one.

Martin Luther King, Jr – #mancrushmonday The most important thing you can teach your kids. It’s not what you think!